Rachel Bown was a 45-year-old marketing director and a single mum when she was diagnosed with stage 4 bowel cancer.

So much changed for Rachel, she even met and married the love of her life during her treatment.

She has also published a funny and uplifting book about her cancer experience, called The C List, and is active in creating awareness of bowel cancer to educate others.

Looking back on it, Rachel Bown’s symptoms were evident.

Twice she went to see her GP and was reassured that the increasing number of times she was going to the loo (more than six times per day) and the pain in her stomach were Irritable Bowel Syndrome.

Finally, after regular sightings of blood in her faeces and suffering excruciating pain, she went to her GP surgery for a third time. “I was told – by a locum – that I ticked all the red flag boxes and was an urgent case for referral,” she recalls.

“Two weeks later I was diagnosed with stage 4 bowel cancer (survival rate estimated at 6%) which had already spread to my lymph and liver.”

Rachel was fast-tracked into hospital for an operation to remove the tumour from her bowel along with 19 lymph nodes and was fitted with a stoma. Six weeks later, the tumour in her liver was removed. Then began eight months of chemotherapy.

It had been a three-month rollercoaster of intense emotion and physical trauma.

“The speed with which my life changed caused such shock that it took me many months to process it,” she recalls.

“I have always said humanity is divided into two sets of beliefs: people who think ‘it will never happen to me’, and their opposites – ‘everything always happens to me’.

I belong to the former camp and at the time of my diagnosis, I was completely complacent about my health and the increasing pain I was in each day.

I had never looked further ahead than the end of a sentence or felt I had a firm grip of anything in my life.”

She lists in her book the mixed reactions that washed over her when plunged into survival mode. They range from feeling faint and claustrophobic to denial, indecision and terror.

“Death can become a preoccupation. I was terrified that my parents would die before I was going to and there would be no one to look after my children,” she writes.

The toughest task was breaking the news of her diagnosis to her two children, then aged 11 and 14.

“The big thing was to try and teach them resilience to whatever might come their way. I told them calmly and rationally what was happening to my body. I drew pictures and I said we’d get through it. I hoped that by being rational and open, I could take away fear.”

She had fewer qualms about ending her relationship with her partner of seven years.

“When you’re faced with your own mortality, you decide what is really important, and being diagnosed with cancer highlighted what was wrong.”

One of the many ways in which she coped with her illness was by launching a blog called Bananagiraffes, and starting to write a book, The C List, which is a frank and funny account of her personal battle with bowel cancer as well as an insightful guide for others facing a similar journey.

In it she shares her experiences and the copious lists she made to help gain some control over what quickly became an unpredictable life. She offers nuggets of information culled from dozens of sources along the way, including questions to ask the surgeon, the best treats whilst on chemo, and how not to react when someone tells you they have cancer.

The C List is not, she insists, ‘a misery memoir’. Nor is it an ‘I’ve got cancer and it’s the best thing that ever happened to me’ book. “It is about the daft and sometimes funny things that happen to people living with cancer and useful tips for making the best of it.”

The love and support she received from her parents (Supermum and Superdad), her brother David and a multitude of close friends emerge as a beacon which lights almost every chapter, and it is clear that their closeness were her greatest line of defence in the battle for recovery.

“My mum and dad moved in when I was undergoing chemo – they looked after the kids and the dog, came with me to hospital appointments. They were truly fantastic,” she says.

“My dad spent more time doing research than Alexander Fleming and came up with a continual supply of pills and juices that might produce a cure. 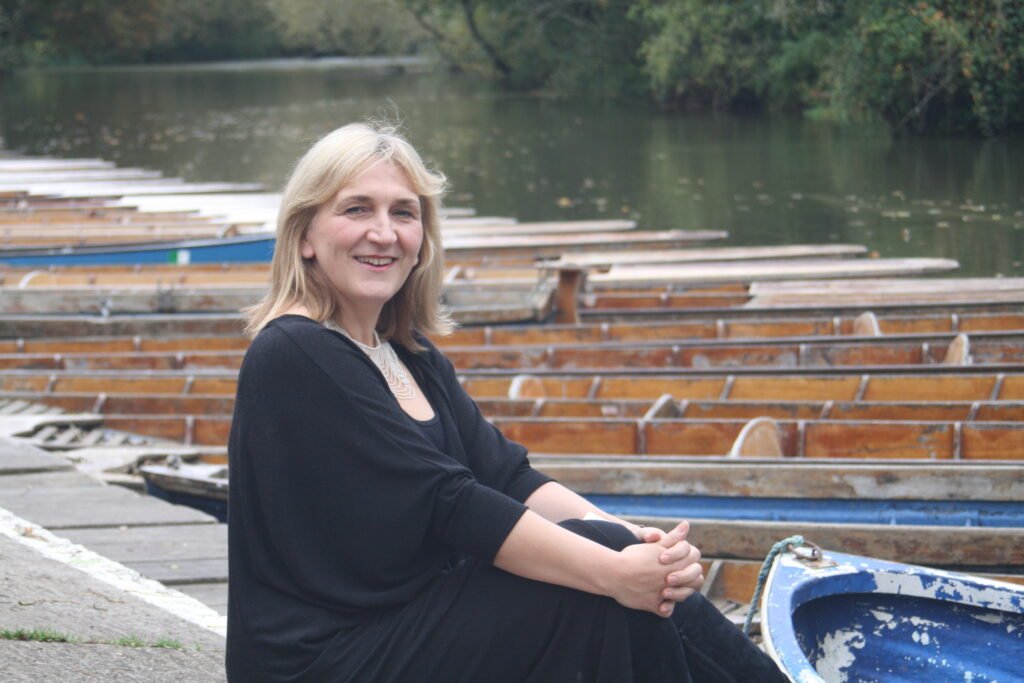 Your loved ones go on the journey with you.

The important bit to remember is that your mother, father, siblings and children will go through worse fears than you and feel helpless. It’s your duty to put them at ease and raise a smile or two.”

David was the driving force in a wild publicity stunt devised to keep Rachel’s mind off chemo: together they asked architects to design a life-size banana giraffe to perch on the roof of Rachel’s home in High Wycombe.

The giraffe never materialised, but many architects played ball, the publicity brought Rachel local celebrity status, and the diversionary tactic did indeed act as a tonic.

In January 2013, Rachel had her colostomy reversed. “Most people have a hangover on New Year’s Day – I had a new bum,” she says with a wry wit that characterises the way in which she talks about bowel cancer.

She seemed on the way to recovery when she met the man she would later marry whilst walking her Tibetan terrier Luca in Hughenden Park near her home.

“We were in a café and I asked John to hold the dog whilst I got some coffee. We got talking. He was so obviously right from the beginning.

I told him about the cancer on our second date. I’d been in remission for a year but I gave him the option of calling the whole thing off. He was completely supportive.”

The path of true love, however, was not immune to a rocky patch when cancer hovered in the wings.

“We had six completely gorgeous weeks, then I relapsed – the cancer had come back in my liver,” she says.

“When I told John, he took me to the pub and gave me a brandy. Then on the way home he proposed. He said he wanted me to have something to look forward to, and he was in it for the long haul.”

Rachel underwent another operation to remove the cancer from her liver in July 2013. A year later she and John were married.

“We could have waited but there seemed no point. We’re incredibly happy.”

“Having cancer makes you look at things that really matter. Nothing is as gargantuan as it used to be. I don’t worry about stuff any more. I’m less scared. I don’t have to have my life mapped out, and I have a laser-like awareness of what’s important.”

Now officially in remission, Rachel’s advice to others is not to ignore the signs of bowel cancer, a disease which she calls ‘the cancer of the shadows’.

“Because I was under 60, GPs dismissed my symptoms. And because no one talks about the disease I didn’t realise the significance of them.