When young mum Lisa Blakeway first experienced pain in her bottom, she was told it was probably a damaged nerve due to childbirth.

Two years later she was diagnosed with bowel cancer. She was 36. Here is her story.

“It started after my son Luca was born – sharp shooting pains in my backside.

They didn’t happen every day – just once or twice a month. I’d be walking along perfectly all right and suddenly I’d feel sick with pain.

I thought ‘this can’t be right’, and made an appointment to see my GP in September 2017.  He said it was probably a damaged nerve from having given birth.

When the pain continued, the doctors still said I shouldn’t worry, that it would heal itself. They didn’t examine me – maybe because I had no other symptoms.”

“It was more than a year later that I noticed blood in my stools. I self-diagnosed it as piles and left it at that.”

“It wasn’t until August 2019 – two years after the initial pains started – that I went back to the doctor with regular pain and blood in my stools.

This time I was given a rectal examination. The doctor said he had found ‘a mass’ and needed to check if it was cancerous.

I was scared and upset – and gutted that I hadn’t been to the doctor sooner. Complete fear kicked in.

The last word I thought I was going to hear was ‘cancer’. I was fit and young and healthy – did bowel cancer affect women in their 30s? My little boy wasn’t even three years old. Surely this couldn’t be happening.

I was referred to hospital as ‘urgent’ for a colonoscopy which took place a week later.”

“My mum and boyfriend came with me. I could see the ‘mass’ that the doctor was talking about on the screen. The consultant was asking me why I didn’t go to my GP sooner. I knew then that it was something serious.” 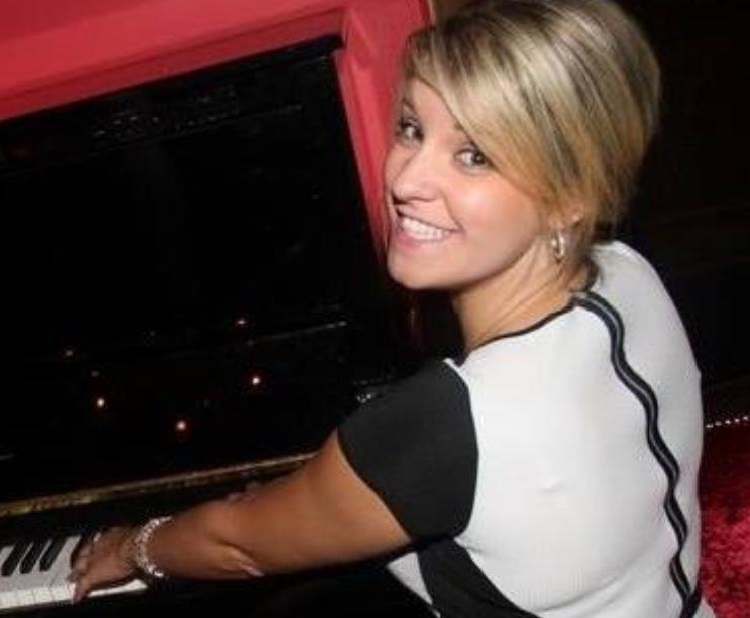 “I was shown into the waiting room then called into a side room.  I was told they needed to do more tests but they were pretty sure it was cancer.

My boyfriend tried to keep it together but I could tell by his body language that it was a shock.  I was in tears and so was my mum – you don’t expect your 36-year-old daughter to have cancer.”

“When you hear that word, you just think ‘I’m going to die’. My little boy came to the forefront of my thoughts – would I live to see him grow up, did he have to live without his mum? It was the worst feeling in the world.”

“There followed a two-week wait for an appointment with the consultant – the worst two weeks of my life. Not knowing whether I’d live or die, what the treatment would involve, or whether the doctors could save me. We were in total limbo fearing the worst.

For those two weeks, I didn’t sleep. I was constantly crying and having anxiety attacks. I felt there was nothing and no one there for us. I really feel that process should be speeded up.

My family did their best to remain positive but I don’t know what was really going through their heads.

Eventually, I had a CT and an MRI scan and lots of tests. That’s when they told me it was Stage 2 cancer of the rectum.”

“They’d caught it early and I was going to survive. It was a very emotional time – we were almost celebrating. The sense of relief was unbelievable.”

“My surgery took place in October 2019 – a seven-hour operation when they removed my rectum and I woke up with an ileostomy.  The consultant was fantastic – he saved my life.

The next step was chemotherapy – 15 weekly sessions from January to April 2020.  Then I need annual checks to make sure I’m clear of cancer.

Having bowel cancer has definitely changed my outlook on life. I don’t take so much for granted any more and I’m determined to do everything I can whilst I can.  Now the simple things seem so much more important – a family holiday, getting my nails done, a meal out and having the energy to play with my little boy.”

“Cancer affects the whole family. It’s a challenge for everyone. And what I’ve learned is that no one – however young – is immune.”

“My advice to anyone of any age would be that if there’s anything wrong with your bowels, go to your doctor and get tested. I especially want younger people to be aware that it can happen to you.

I thought it couldn’t happen to me – a 36-year-old mum with a new job teaching Early Years children and everything to live for. I couldn’t have been more wrong.”

“I was lucky – the cancer was Stage 2. Please don’t leave it until it’s too late.”