Being told you have Crohn’s Disease when you’re eight years old is a life-changing experience.

No more birthday cake. Constant appointments. And a lifetime of medication ahead.

That’s what happened to Eli Brecher. But the now 24-year-old hasn’t let it stop her – far from it.

Having completed a degree in French and Spanish and spent a year working in Paris and Madrid, she is now studying for another four-year degree to become a Registered Nutritionist.

Eli has also launched her own range of premium granolas that contain no gluten, dairy or refined sugar, Eli’s Granola (@elisgranola on Instagram), after struggling with intolerances for many years.

“I remember being diagnosed very clearly. I was always the smallest in class,” said Eli.”

“I was tired all the time and had stomach aches. My mum booked me in for a blood test because it seemed like she should.

Then my symptoms worsened and the appointment was brought forward.

Doctors carried out a colonoscopy and an endoscopy and I was diagnosed with Crohn’s really quickly.

I was quite confused at the time but also completely aware that I wasn’t well.”

“Every time I ate, I had to lie down for 20 minutes and I had terrible stomach pains. I could see that wasn’t normal.”

“Initially I was put on a liquid diet for three months to give my digestive system a rest – that was difficult for an eight-year-old.

Then I had to cut out major food groups like gluten, dairy, nuts, soya and eggs.” 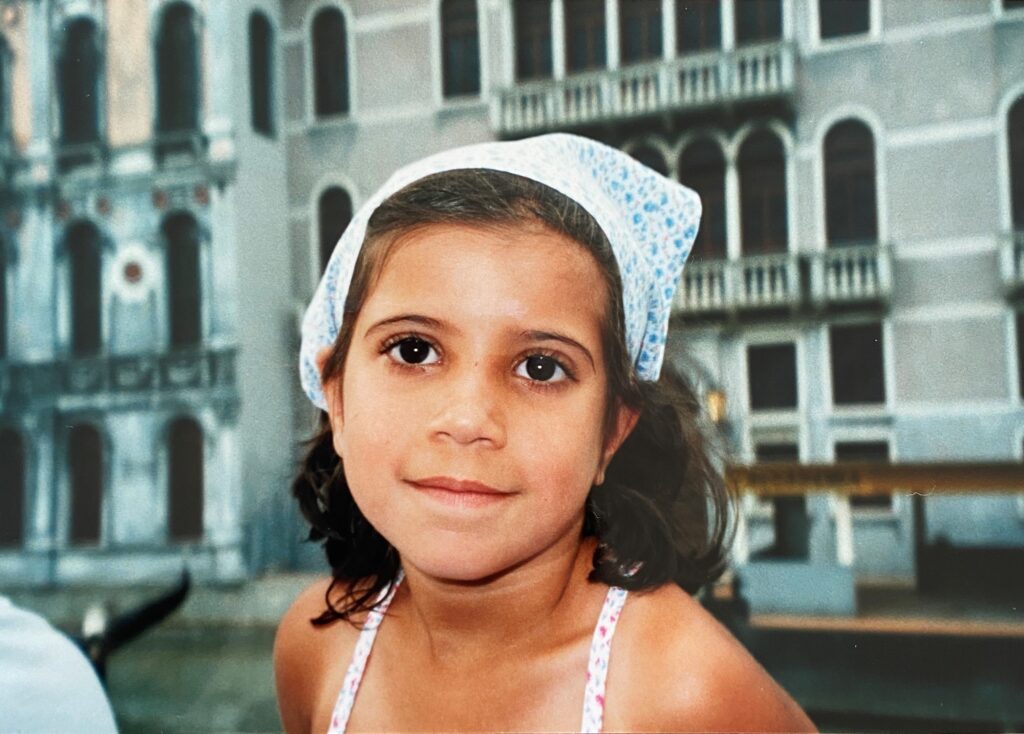 “My classmates didn’t know why I was different and explaining was a struggle. I didn’t want to isolate myself so I used to pretend everything was okay.”

As Eli got older, the dietary restrictions got easier.

But she still stood out from the crowd, needing time off for medical appointments once a week, regular infusions, injections and blood tests every month.”

“By the time I got to University in Nottingham I’d come to realise that having Crohn’s Disease is an intrinsic part of my life and absolutely nothing to be ashamed of.”

“I opened up to the people closest to me and discovered how helpful that was. There are still lots of people who’ve never heard of it though. If that happens, I try to give a brief summary and leave it at that. No one will ever fully understand what it’s like to have Crohn’s unless they’ve gone through it.”

She considers herself lucky that she is currently in remission.

“My flare-ups in the past have usually been when I’m stressed – I couldn’t sit my AS Levels because I was in hospital and had to take them the following year – at the same time as my A2 exams.

The pain is not something you can sort out with a hot water bottle and a lie-down. It can be a lot more complicated.”

“Whilst I’m an incredibly energetic and driven person who loves to be busy, during a flare-up I get chronic fatigue and even small tasks can seem daunting.”

“I’d be in pain every time I eat and have become anaemic from the loss of blood. Usually I go to the doctor who will consider my medications and might prescribe steroids.”

Eli took her health into her own hands during her first year at University.

“I was leading a hectic student life and was keen not to miss out on Fresher’s events and booze-fuelled nights out followed by 4am pizzas!,” she said.

“After a very severe flare-up, I realised I needed to revaluate my diet and lifestyle.”

The recipes on my website focus on wholesome, nourishing foods. I aim to encourage people to see that healthy eating can be fun, easy and delicious – especially for students like myself – and to show that anyone struggling with a digestive or autoimmune condition what a huge role diet can play.”

Eli has run two half-marathons to raise money for Crohn’s, and tries to keep stress levels at bay by practising yoga and walking everywhere, as she finds that stress is her biggest trigger.

The future holds no fears for Eli.

“You never know what’s going to happen with Crohn’s but I’ve always been a positive person,” she said.

“It has never held me back. In fact, it’s opened doors and made me the resilient person I am today.”

“I’ve been through more than most people my age in terms of health issues and it’s made me more mature, independent and appreciative.

I’m excited to qualify as a Registered Nutritionist and to help other people living with similar conditions.”