“My ileostomy gave me my future back.” 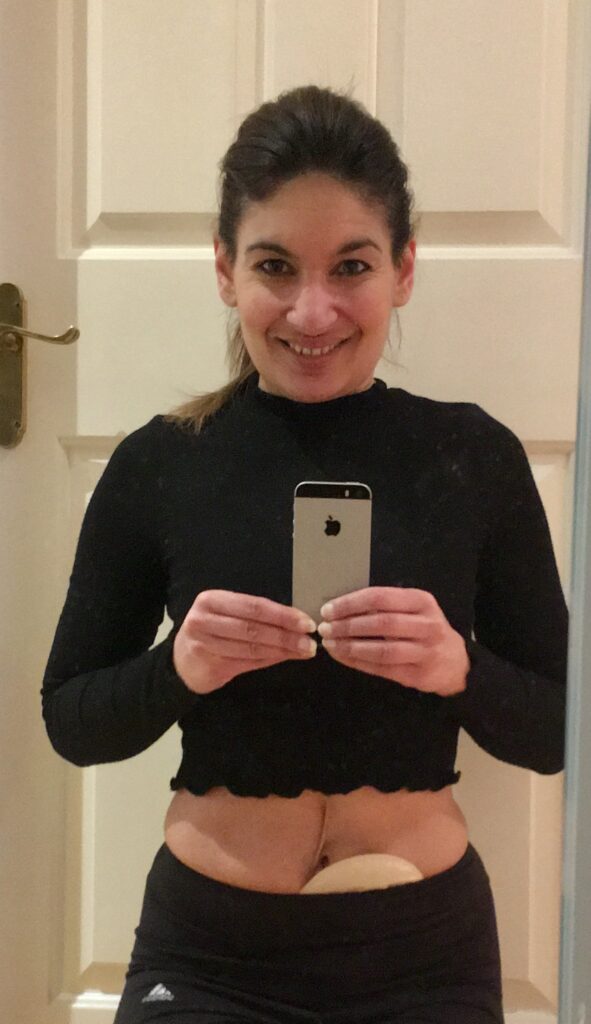 I was working in the City for an international finance firm when the weight started falling off me.

I was also having severe stomach pains and feeling exhausted all the time. I couldn’t keep any food down either.

Initially I thought I was having a flare-up of my Crohn’s, an inflammatory bowel disease I was diagnosed within childhood. However, tests revealed I had high-grade dysplasia inside the lining of my large bowel, a serious pre-cancerous condition.

When the Consultant gave me my test results he said it was only a matter of time before I developed bowel cancer – it was ‘when’, not ‘if’.

Because I’d already lost my grandmother to bowel cancer and have a family history, I decided to have a panproctocolectomy – radical preventative surgery to remove my large bowel, rectum, and anus and have a permanent ileostomy bag.

There was no way I could live with a ticking time-bomb inside my bowel, especially not a potentially deadly timebomb, so to me, the decision to have surgery was a no-brainer.

I had already experienced life with a temporary ileostomy because of the Crohn’s disease, so converting it into a ‘bag for life’ didn’t feel like a big leap at all.

Every morning after my surgery I’d wake up feeling so lucky and so grateful to the NHS for looking after me, so I decided to retrain as an allied healthcare professional specialising in cancer.

Working for the NHS is my way of giving something back and saying ‘thank you’ to the people who gave me a second chance.

The NHS has kept on giving me chances, because it’s also how I met my husband, Mark.

We both started work in the cancer department at the same hospital 10 years ago, and we got married last year.