His bum had a mind of its own, but now Andrew feels like Robocop.

For 18 years, Andrew Black’s life was ruled by the curse of faecal urgency – he could never be far from a toilet. Now, as one of a few men to have a Sacral Nerve Stimulation implant, he is a new person. Here is his story.

It started when I was 21 and at university.

There I was taking notes in a lecture when all of a sudden my stomach turned over and I had to rush to the toilet.

I dismissed it as an isolated incident – maybe the result of a dodgy meal the night before. But it became a daily pattern: I’d go to bed absolutely fine and wake up unable to control the urge to go to the loo.

My GP – the first of many doctors I was destined to see in the next 18 years – concluded there was nothing wrong and suggested (like others after her) that I could have Irritable Bowel Syndrome even though I had none of the other symptoms such as stomach cramps.

I took her advice and drank lots of water and ate boxes of All Bran but the problems continued and I spent the next year ducking and diving out of lectures and trying to avoid situations where I couldn’t be near a toilet. To this day, I wonder how I ever passed the final year of my degree. 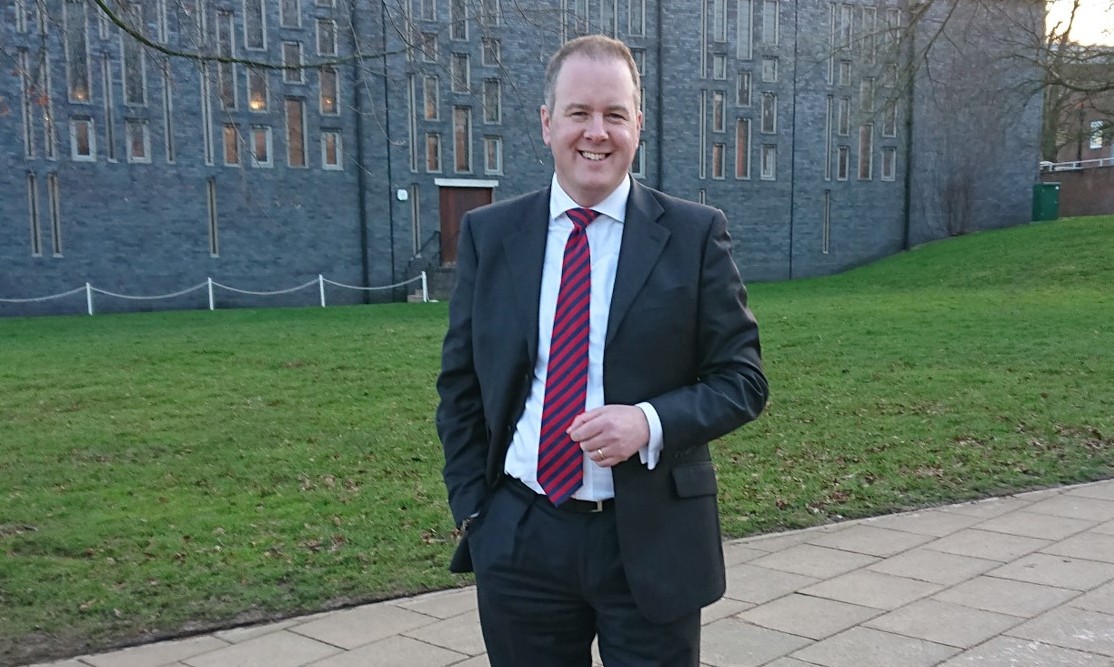 In 2002 I entered the world of work 99 per cent fit and healthy, apart from having ridiculous faecal urgency in the mornings.

Surprises or unexpected events were nevertheless torment – even something as simple as getting stuck in a traffic jam. I’d start to sweat, my eyes would dart around looking for roadside places where I might be able to go to the toilet unnoticed.

Over the next 18 years, and on the advice of a cavalcade of doctors, I experienced a multitude of drugs (and countless occasions where health professionals, both NHS and private, poked around my bum). Codeine worked for about two years. Loperamide became a reasonable friend for about 15 years. Lofenoxal was very effective and worked well in high stress situations.

I began to use irrigation in 2014 for those days when I needed to know that my bowels were completely empty and wouldn’t let me down in public.

Hypnotherapy, acupuncture and Cognitive Behavioural Therapy didn’t touch the sides. Other things that came and went over the years included glycerine suppositories, peppermint oil capsules, lactulose syrup, valium, aloe vera and a host of other medicines.

I had dozens of blood tests, an endoscopy, a sigmoidoscopy, a colonoscopy, an endo-anal ultrasound scan, a defecating proctogram, and an MRI scan – all of which came back fine, i.e. there didn’t appear to be anything anatomically or physiologically wrong with me and no one could explain why I’d gone from a normal 21-year-old to someone forced to spend the next 18 years never trusting a fart in the morning.

I even applied to be on the TV show ‘Embarrassing Bodies’ who rejected me on the basis that they had nothing to suggest as a cure.

It was now about 2013. I was married with a beautiful four-year-old daughter and a brilliant new job, although my faecal urgency was still causing me significant problems in terms of a feeling of social isolation and having to plan every possible aspect of my life. It was getting exhausting just keeping my head above water.

Through necessity, I became obsessed with finding and researching treatment options from around the world, helped by Google alerts which would alert me to updates and when key words such as ‘cure for faecal urgency’ came up.

In 2014 things started to look up. I discovered that The Royal London Hospital was reporting success in patients exhibiting similar symptoms to me when using a new treatment called Percutaneous Tibial Nerve Stimulation (PTNS). I had to try this!

My brilliant GP supported me in writing to the hospital and a couple of weeks later I was delighted to be invited down to meet them to see if my condition could be helped by PTNS.

When I met my new consultant Professor Charlie Knowles for the first time, he told me he was willing to try out new things with me but warned me there might not be a silver bullet to my condition.

As I stood at the Tube station on the way home I felt very strange.

I had met one of the world’s experts and he couldn’t fix me. This was a very low point in my life and it took me a long time to get back to my normal, positive self.

I was already in a pretty difficult place in my life, jumping between toilets and avoiding anything that placed me in dangerous situations. I was also working overtime to hide my condition from my now two young children: I was petrified they’d pick up on my tummy issues and start to copy me or feel it was acceptable to have a poo in a field rather than a toilet!

So it was with hope more than expectation that I started PTNS which involved visiting London over the course of a year or two. It cost me a fortune in travel but what alternative did I have?

With PTNS an electrode is stuck on the sole of your foot and a needle is inserted into the nerves in your ankle which control your bladder, bowel and pelvic floor function.

This is all plugged into a stimulation device which sends electrical pulses for approximately 30 minutes per session. I felt this treatment worked in reducing my urgency – but I wasn’t completely convinced.

Then, in around 2016, I was first offered a more radical and invasive treatment by the name of Sacral Nerve Stimulation, or SNS. It basically acts like a pacemaker for the urinary / digestive system and has been used mostly to treat urinary incontinence in women. It seemed pretty novel to be used for FU (I still haven’t been able to find another male who has undergone this treatment).

I deferred SNS treatment because my wife needed some major surgery and my children were still very young. However, in the gloriously hot summer of 2018 I got a call from the Royal London Hospital: would I like to go ahead and have the SNS operations?

There are two stages to SNS: a trial period followed by a permanent implant. My trial phase lasted from November 3-20, 2018 where a tiny lead was inserted into my sacral nerve and connected to an external neuromodulator which I wore around my waist.

The operation went really well and as soon as they connected everything up I felt a wave of emotion: was I really free from this condition?

After the successful trial I underwent my second surgical procedure: the implantation of an IPG (Implantable Pulse Generator) which sits just under the skin in a small pocket at the top of my right buttock. I also have a remote control with which I can switch stimulation on and off. Suddenly, I felt like Robocop!

At the time of writing, things are going great. I don’t have any pain and am learning to live with the implant. It is still early days but the results have been phenomenal. Urgency has been reduced to almost zero and I feel like I am back in control of my life. I simply couldn’t think of living without it.

I am pushing myself to do things which, pre-SNS, would have caused problems, such as going for a walk in a place with no toilets. It felt truly wonderful to walk around the woods without feeling the need to poo behind a tree!

Two months after the implant operation, I plucked up the courage to don my running gear and ran two miles. My internal workings behaved themselves and everything was great.

I take everything day by day, but SNS has been transformational.

Whilst most of the time I’ve been able to dust myself off and plough on, I had to work hard not to let this condition rule or define me. I couldn’t have done it without the support of my family and friends and the amazing team from the NHS.

I have challenged those who told me there was no cure, pushed the boundaries of what can be done, used or designed. I have never taken ‘no’ for an answer and hopefully, by speaking out and sharing my story, I can help others and raise awareness.