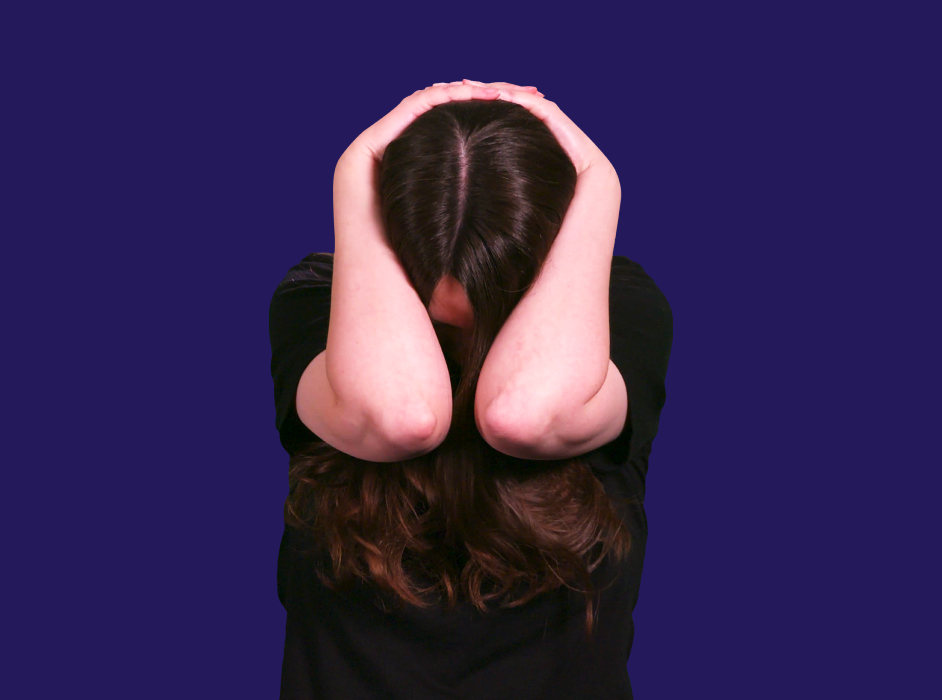 I’m happy to tell anyone anything, but it’s often up to the patient to start that conversation. The ‘bottom’ line is everybody poops.

When I was 22 years old, I was diagnosed with bowel cancer, and that was because I have a family history of Lynch Syndrome, which is a genetic condition that makes people more likely to get different types of cancer. And that’s also why when I was 30, I was also diagnosed with uterine cancer and duodenal cancer.

When it started, I had some bleeding from my bottom that wouldn’t stop. My parents called the GP and they sent me to A&E where they found a polyp. It was actually sticking out of my bottom, and that’s why it was bleeding so much. I eventually had a colonoscopy which discovered 18 more polyps. The doctors were surprised because I was so young. They found that one of the polyps was cancerous and they made the decision that I should have my bowel removed and a temporary stoma created. I was shocked and numb – I didn’t even know what a stoma was. I now have an internal pouch and I write and talk openly about my experiences.

I’m happy to tell anyone anything. However, when you’re the patient, it’s often up to you to start that conversation, and not everybody you speak to will be receptive, or they might be embarrassed. Whereas I lost my shame very quickly when my new consultant said “do you mind if I put my finger up your bottom?” and did so in front of several junior doctors. I lost my shame that day, but what good has shame ever done me anyway?

Nowadays, I do find it embarrassing that my pouch sometimes makes loud noises when I poo. In public toilets, sometimes I’ll wait until somebody puts on the hand dryer or flushes so that I can go. That’s a work in progress.

My bowel cancer symptoms created an emergency situation, so I was forced to tell someone. But it’s important to normalise talking about our bowels and being open about our experiences and listening to each other. It’s difficult, but you don’t want to wait until you have similar experiences to me to feel comfortable about it.

It’s human nature to be embarrassed, but the more we talk, the more we can reduce that and work towards a world without this stigma. The “bottom” line is everybody poops.