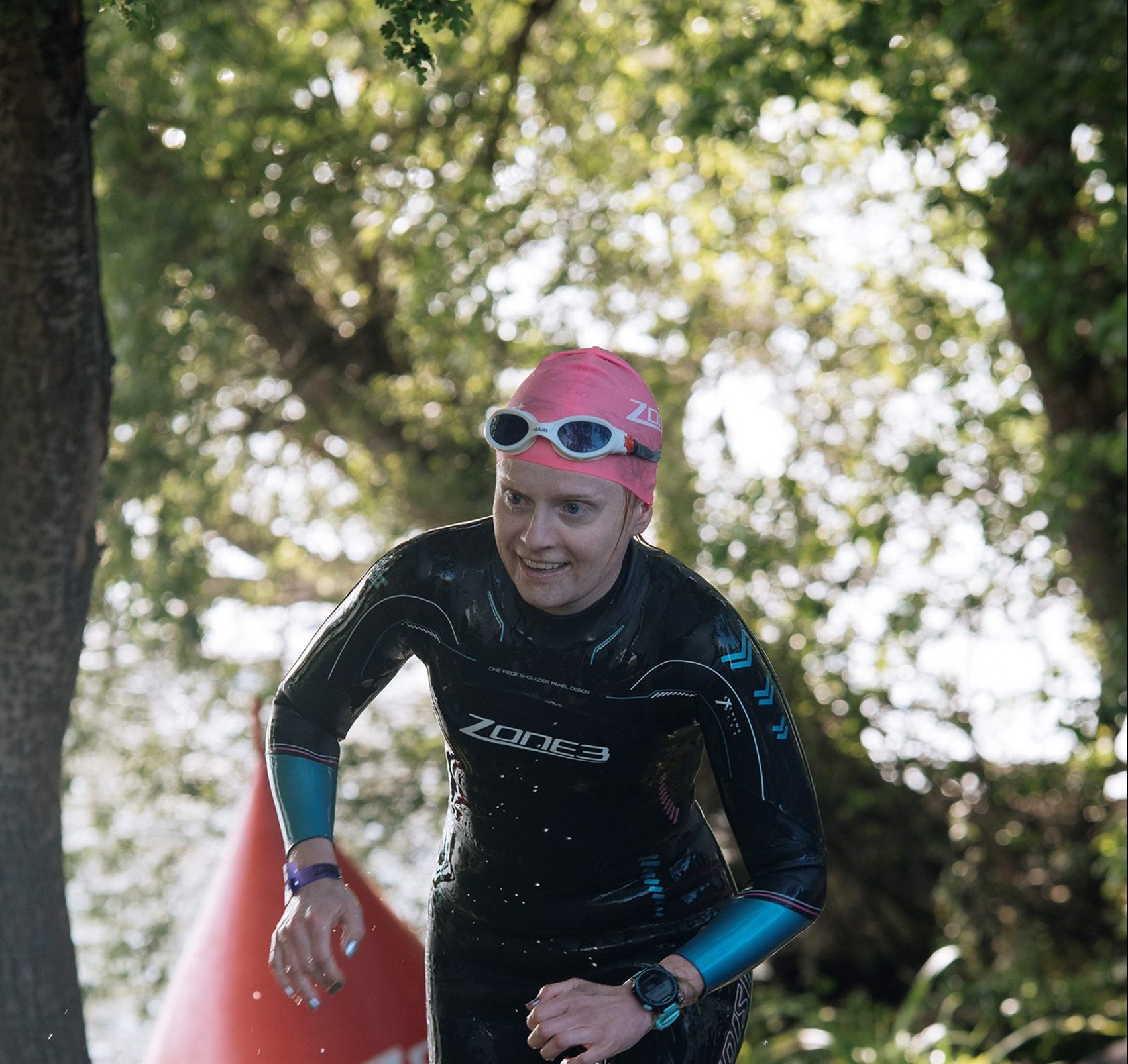 I was too embarrassed to speak to my GP about my symptoms (bleeding and diarrhoea) as a teenager and decided it would get better if I ‘just carried on’ for as long as possible.

I was told when diagnosed with ulcerative colitis that I’d have it for life, and that there is only treatment, not a cure. But in fact, I put up with symptoms for way too long. I was never offered surgery only stronger meds, many of which I refused but I wish I had been offered a stoma much earlier in in my time with UC! It took the cancer diagnosis before they talked about what a stoma was and I was ashamed to have not heard of them before!

Although I did as much as I could living with UC, it wasn’t handled well. I tried to work and continue to run and swim. But I often had accidents while running, and I had to stop swimming altogether, which was tough.

Naturally I was afraid when after my cancer diagnosis, but I was also relieved that I had been heard. And that there was an answer to end my suffering of a life that revolved around running to a toilet.

Of course, the first few months with a stoma are tough, it’s a huge adjustment, mentally and physically. You have to try and accept your body with a bag stuck to it all the time, while being in pain and being careful about what you eat.

It’s important to do gentle core work when recommended to by your doctor after surgery. And I wear Vanilla Blush underwear and support wear, which supports the weight of the bag, and I’ve got to five years without a hernia.

But having a stoma has been a blessing for me. I remember walking past a toilet at a hospital appointment, soon after having my stoma surgery, and laughing to myself that I didn’t have to make a mental note of where the nearest loo was when previously it was likely chance that I’d have to run there!

The following April I completed my first ever triathlon, three days before the anniversary of my stoma surgery. And then ran my first ever half marathon 16 months after my ICU. Now I continue to enjoy running and swimming, particularly in open water which wouldn’t have been possible with UC.

I have no issues with my bag or scar and will happily wear a bikini on the beach although for many there is definitely still a stigma around having a stoma, and this is as prevalent amongst medics as the public. On the plus side, there has been improved awareness in the last five years since I had mine.

In summary I would say that a stoma for me has been a huge blessing, and I wish I had been offered it years sooner. Even so, it would have been a tough decision, but I hope that it’s one I would have made.