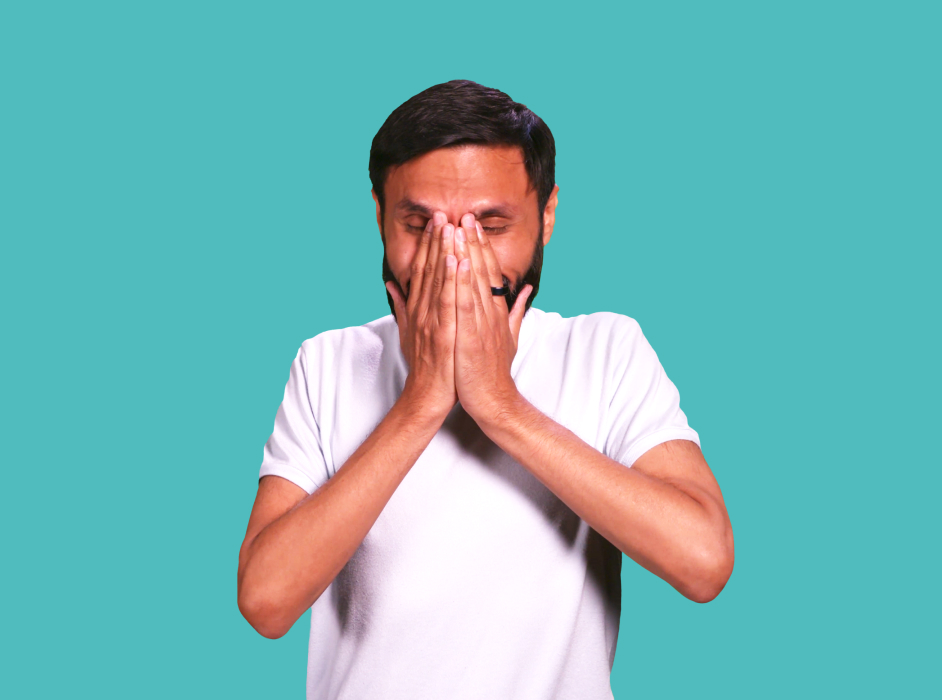 If you are going through a bowel cancer diagnosis you’ll find there’s an extremely friendly community out there on social media or online.

It began in the summer of 2014 when I had a lot of abdominal pain and was going to the toilet frequently. In October, when the pain became so severe that I couldn’t breathe I went to A&E. They didn’t know what was wrong.

In December, I had a colonoscopy and an endoscopy and they took biopsies. They said it’s either Crohn’s or cancer but I needed a CT scan together with the biopsies. A few days later, I was told it was bowel cancer.

At that moment, everything just stopped. I didn’t know the severity of it until I met my oncologist, who a week later, told me it was stage four. I was given a consent form to begin treatment and my hands trembled as I signed it.

My family was devastated. I was 31 years old with a healthy lifestyle and was hit with this illness. But my family and friends all pulled together and were there for me every step of the way.

I began chemotherapy and had 18 cycles, each lasting 48 hours. I felt sick, had diarrhoea, skin rashes, mouth ulcers and fatigue so bad I was just knocked out and couldn’t work.

After chemo, my tumours had shrunk and were operable. They removed my colon, a piece of my stomach and I was left with an ileostomy, which is a bag that collects my poo.

After surgery the chemo continued but the cancer kept growing and I was told there’s nothing else we can do for you.

This is where the research comes in. In development was an immunotherapy drug, which research studies showed works incredibly well for my type of bowel cancer but wasn’t available on the NHS.

We decided to fundraise which was successful and I began treatment. After one year the tumours had stabilised and now I am cancer free. I’ve been left with ulcerative colitis and an inflamed rectum that means I can’t always control my bowels and have to dash to the toilet. But I’m grateful and lucky to be alive, which is ultimately due to innovation in medicine and the research that goes with it and the kindness of people.

There have been embarrassing moments. I went to watch Spurs play and didn’t take a spare ileostomy bag and unfortunately it leaked badly. It was horrible. I was plastered with poo which went all over my belly, my clothes, my jacket. We got into a taxi and I came home and I spent an hour just cleaning up. My advice is stay calm as possible, and remember this too shall pass.

If you are going through a bowel cancer diagnosis you’ll find there’s an extremely friendly community out there on social media or online. You can talk about bowel related conditions, about poo, about incontinence, even if it’s not something that comes naturally. We avoid talking about health issues, but it is so important to do so because suffering in silence just compounds the pain.