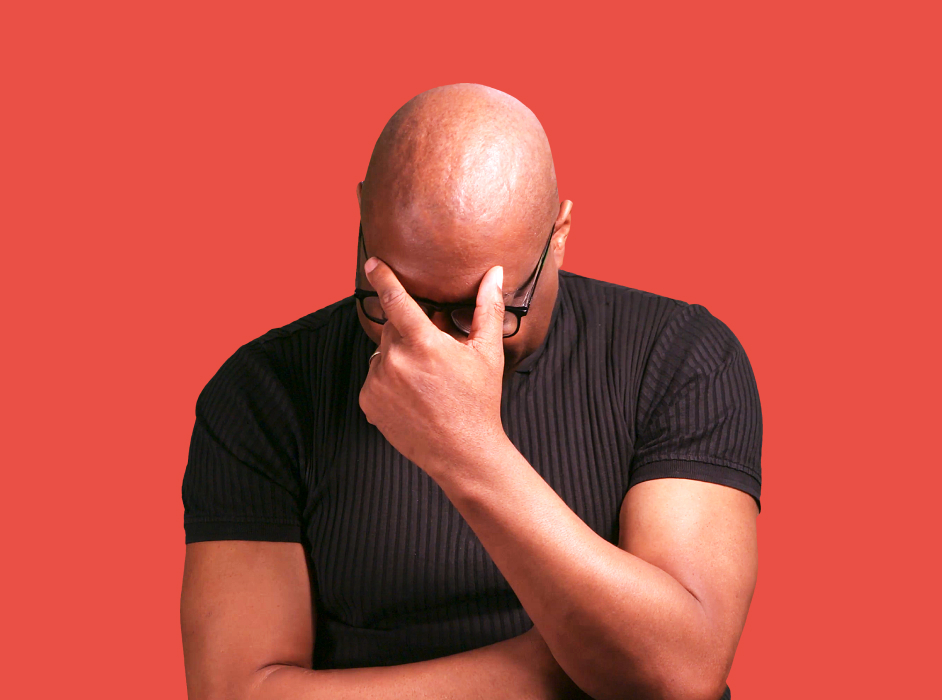 Through the support of my wife, I turned a corner. Even if you don’t talk to a wide audience, talk to friends or people who’ve been in the same position.

Around last Christmas, I had stomach pains which I put down to over-eating or food poisoning. Soon I was feeling very ill and I began hallucinating on New Year’s Eve and had double vision. But being a man, I thought I was fine and sent my wife out for painkillers.

On New Year’s Day my wife took me to A&E for tests. I thought it might just be appendicitis, because I was sweating and felt very ill.

After numerous blood tests, x-rays and CT scans I waited patiently in A&E for the results of the tests, doubled up in pain, alone, concerned as this was the height of the covid pandemic and I was trying to stay out of the way of other patients.

While sitting in A&E I saw a concerned looking doctor pop his head into the waiting room, say something I couldn’t hear then, disappear again.

I then received a frantic call from my wife, who wasn’t allowed to stay due to restrictions, saying “Where are you, the doctor is looking for you, it’s serious, the tests revealed your bowel has ruptured, and you need to be operated on within 12 hours or you will probably die.

The concerned looking doctor was trying to find me but I was tucked away in an alcove and he didn’t see me hidden there. Once I was found and had an initial discussion with the surgery team, where they explained they needed to repair my bowel, I was whisked to Guy’s Hospital for surgery where a transplant team was on hand to ensure my kidney transplant from 2010 was managed effectively.

After surgery I found out I’d been given a stoma. My initial reaction was ‘why me?’ because I’d already had a kidney transplant ten years ago. I was angry and afraid, which turned into guilt because I was far more concerned with how this would affect my wife.

As I recovered from the operation, I stopped going out. I used to play basketball but gave it up and I didn’t want to go to restaurants or the shops because of the bag or worry over adequate toilet facilities. I felt depressed, embarrassed and overwhelmed, and became a recluse, refusing to socialize.

At first my wife helped me change my bag but one day I decided to do it myself because she was busy. I was lying flat on my back and took it off and made a complete mess of the bed! It was really embarrassing but my wife just told me not to worry and got everything cleaned up. But it brought it home how helpless I was at the time having to rely on someone else.

Through the support of my wife, I turned a corner. She suggested I write about my experiences and I began jotting down some bits and pieces and visited a lot of social media sites. I didn’t realise how common having a stoma is and I felt better realizing I was not alone. My advice is even if you don’t talk to a wide audience, talk to friends or to people who’ve been in the same position as yourself.

Lastly, if you think you’ve got something wrong with your bowels it’s better to get checked out and not leave it to the last minute because the earlier go the better the outcomes can be.