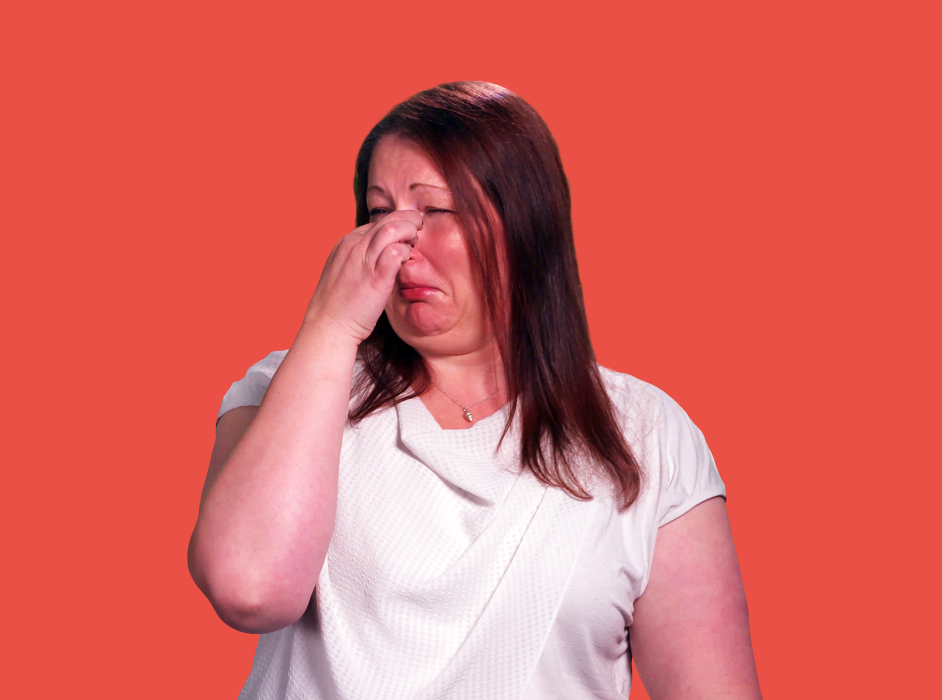 I had chemo during the pandemic, I joked it was the best time for it because I couldn’t go anywhere anyway. I’m happy to say I’m now in remission.

When I went to the GP, I remember thinking “she’s going to look at my bum. I wonder if I’ve got my good knickers on?” It’s natural to eat and drink, so it’s natural to wee and poo. I’ve got two small children and we talk a lot about going to the toilet in our house – “have you wiped properly, have you washed your hands?” So why is it different for an adult?

It was August 2019, and I was diagnosed with rectal cancer. I didn’t have any typical symptoms. Some days I was very constipated, others I was very bloated. Sometimes I had diarrhoea. I sometimes had what I call poo cystitis, I would go to the toilet, get up and need to go again straight away. I saw my GP who did a blood test and poo test. Nothing major showed up so I was referred to a gastroenterologist who booked a colonoscopy. They found a six and a half centimetre tumour in my upper rectal passage. I received the formal diagnosis at the end of August and I started radiotherapy and chemotherapy in September.

The tumour had shrunk a lot, but I had a sigmoidoscopy to see what was left and it looked like a spider’s nest. They could biopsy it, but there was a chance of getting a false result because it would be just scraping the surface and not what’s underneath. So I opted to have surgery in February 2020 and have the whole of my upper rectal passage removed. I had three months of chemotherapy over summer 2020, so I was having chemotherapy and home-schooling during a pandemic. I joked that it was the best time to have chemotherapy because I wasn’t allowed to go anywhere due to reduced immune system and there was nowhere to go anyway. I’m happy to say I’m now in remission.

I’m proud I’ve saved two lives directly from my diagnosis. The surgeon suggested my brother and sister be tested in case it was genetic. It’s not, but they found a ten centimetre tumour in my brother’s sigmoid colon. He ended up going straight for surgery then having three months of chemo. My GP saw another patient showing bizarre symptoms, so sent him for a colonoscopy and it was bowel cancer as well. My diagnosis made my doctor more aware of younger people potentially having bowel cancer. That young man is very well now.

If you have a question, ask. There is no such thing as a stupid question. Don’t live in silence, talk about your fears. The human body is a natural thing with all its ups and downs and doctors have seen it all before. So don’t be ashamed of your body.