Menu
Home About us Our team Trustees 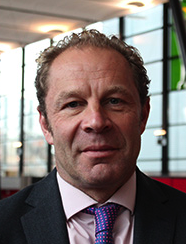 Charles Knowles is Professor of Surgery at Queen Mary University of London (QMUL) and Consultant colorectal surgeon at Barts Health NHS Trust. He qualified from the University of Cambridge and undertook general surgical training and a PhD in London. Professor Knowles is Deputy Director of the Blizard Institute (QMUL) and Honorary Professor of Experimental Therapeutics at UCL. He is Chair of several research committees including the European Society of Coloproctology. His research interests centre on the development and evaluation of new technologies for chronic bowel diseases including neuromodulation and cell therapies. He has authored over 200 peer-reviewed publications as well as contributing major international colorectal and general surgical texts. 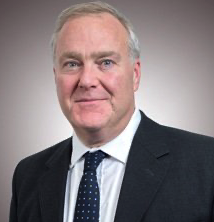 Charles is part of the Charities Team at Stanhope Capital and has over 25 years investment experience working for leading financial institutions. He has built a strong reputation in helping charities through the financial maze, and founded with Savills, the Charities Property Fund in 2000, the first Common Investment Fund investing in UK Commercial Property. Over 1,600 charities have invested in the Fund with assets of around £800 million, including assorted acquisitions. 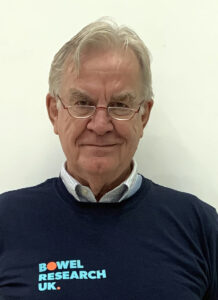 John Northover retired as the Senior Surgeon at St Mark’s Hospital for Intestinal and Colorectal Disorders in June 2012 after 30 years at the hospital.  His practice included all aspects of intestinal disorders, but his main work was in complex cancer cases.  He led the Cancer Research UK Bowel Cancer Unit at St Mark’s 1984-2005.

He was President of the Association of Coloproctology of Great Britain and Ireland in 2007-8 and Vice President of the International Society of University Colon and Rectal Surgeons in 1998-9.  He was the Army’s Civilian Consultant Adviser on Colorectal Surgery (1999- 2015).  He was a member of the NHS Bowel Screening Advisory Group (2008-2016), and chaired or was a member of several national and international randomised trial steering groups and data monitoring committees.

He was deeply involved in the work of the Bowel Disease Research Foundation for two decades prior to the merger, and played a significant part in the work leading to the formation of Bowel Research UK in 2020.  He is a member of the BRUK Grants Committee.

He leads the Prison Visitors group at Pentonville Prison. 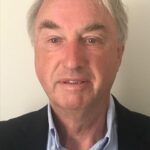 A former Corporate Partner at Taylor Wessing LLP (an international law firm), Richard retired to pursue voluntary roles within the charitable sector. These included being a Magistrate (Adult and Youth), volunteer drug worker and then Chair of Trustees at Cranstoun (addiction services), two school governorships and mentoring through The School for Social Entrepreneurs. Founder of The Challenge Hub CIC. Educated at Sherborne School and Worcester College, Oxford. Fellow of the RSA. 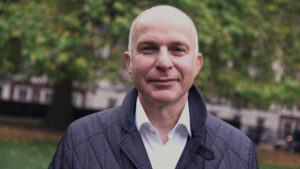 Paul has spent the last 30 years advising individuals, families, trusts and charities on investment and wealth management and is now Chief Executive of the family trust of one of Britain’s most successful and philanthropic businessmen. He is a Fellow of Chartered Institute for Securities & Investment and a Trustee of the River & Rowing Museum in Henley.

In 2008 he was diagnosed with bowel cancer and as well as radiotherapy and chemotherapy he had significant surgery.  Fortunately, he made a good recovery and strongly believes that his recovery was only possible as a result of previous medical advances and has thus been an advocate of bowel research ever since.   In 2018, to mark a cancer free decade, he arranged for a group of six friends to cycle the length of Britain.  The aptly named ‘Bums on Bikes’ raised nearly £250,000 for Bowel & Cancer Research.

He was previously Chair of Bowel & Cancer Research and is now Co-Chair Bowel Research UK.  He believes that more charities should work closely together and was instrumental in working with Asha Senapati to bring about the merger of the two founding charities

Asha is a Consultant Colorectal Surgeon and has treated patients with bowel cancer and all other bowel diseases for many years. She was Chair of one of the founding charities and is now Co-Chair of BRUK.

She is a past President of the Association of Coloproctology of Great Britain & Ireland. She has an active role in the academic and charity sectors concerned with bowel diseases and has spoken and published widely in these areas.

She believed that the two founding charities would be better together and worked with Paul Reynolds to achieve the merger and create Bowel Research UK. 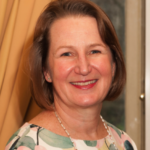 Nicola was President of the Association of Coloproctology of Great Britain & Ireland in 2019/20.

She has been a Consultant Colorectal Surgeon at Addenbrooke’s Hospital, Cambridge since 2006. She studied medicine at Pembroke College, Cambridge and Merton College, Oxford where she was a Rhodes Scholar. Surgical training was undertaken in Bristol and Oxford followed by an International Fellowship in Advanced Colorectal Surgery at the Cleveland Clinic in Ohio during 2005. 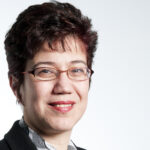 Marilena is Deputy Director of the Division of Surgery and Interventional Science (SIS) at UCL; and Head of the SIS Department at the Royal Free Campus.

Marilena is co-Founder and Director of the MSc in Nanotechnology and Regenerative Medicine and the MSc in Surgical and Interventional Sciences. 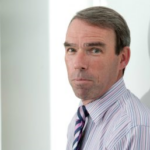 Professor Morton is the Barling Chair of Surgery at the University of Birmingham and the CMO for the Midlands and South Genomic Medicine Service Alliance.  He was Chair of the Research Committee of the European Society of Coloproctology (ESCP) 2011 to 2019 and initiated the expansion of the clinical research portfolio and growth in international collaboration within the European colorectal community.  Currently, he is Chair of the Global Reach Committee.  Nationally he was Director of Clinical Research at the Royal College of Surgeons of England 2012-2019. 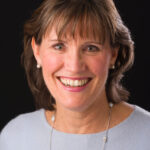 She spent 28 years working at American Express across three continents, where she delivered positive growth in sales, marketing, and business development across multiple business units. Throughout her tenure she focused on driving customer engagement and increasing loyalty by developing high performing,  multicultural teams.  She joined PAUL  Ltd. in 2016, as Marketing Director where she led brand, digital, customer engagement, new product development, competitor insights, PR, and online and partnership sales channels.

Kathryn is on the UK Board of the International Women’s Forum where she chairs the Programme Committee and United Way UK. 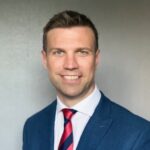 Jim Tiernan is Chair of the ACPGBI Research and Audit Committee. He is a Consultant Colorectal Surgeon at the John Goligher Unit in Leeds and Honorary Senior Lecturer in Surgery at the University of Leeds. He undertook his surgical training throughout Yorkshire, during which he completed a PhD in nanobiotechnology, followed by a fellowship in Advanced Colorectal Surgery at the Cleveland Clinic, Ohio, USA.  His clinical interests include advanced/recurrent colorectal cancer and complex inflammatory bowel disease. He is also the NIHR CRN Specialty Lead for Surgery in Yorkshire & Humber.